Contemporary Controls is accepting/shipping orders, but some products have shipping delays due to worldwide shortage of components. We will alert you if an order has a longer than normal ship time.

Our UK customer Omni Systems recently installed a pair of pumps and wanted to monitor vibration as an indicator of their operating condition. The goal was to integrate the measured signal into the existing BMS system to provide predictive maintenance reporting to the service team in order to avoid unplanned downtime.

While choosing a sensor, it was determined that a combined vibration/temperature sensor could be obtained at a small additional charge to add temperature monitoring as well. The logical location for the sensor was at the most likely point of failure, the drive motor end bearing. Fitting the sensor was straightforward. The problem then became how to integrate the collected data into the BMS.

Sensor Mounted Near the Motor Bearing 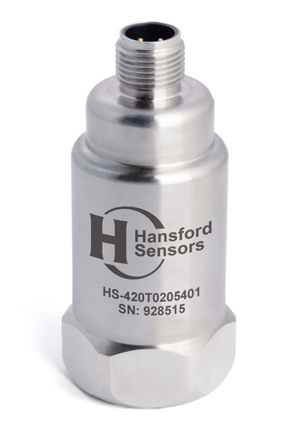 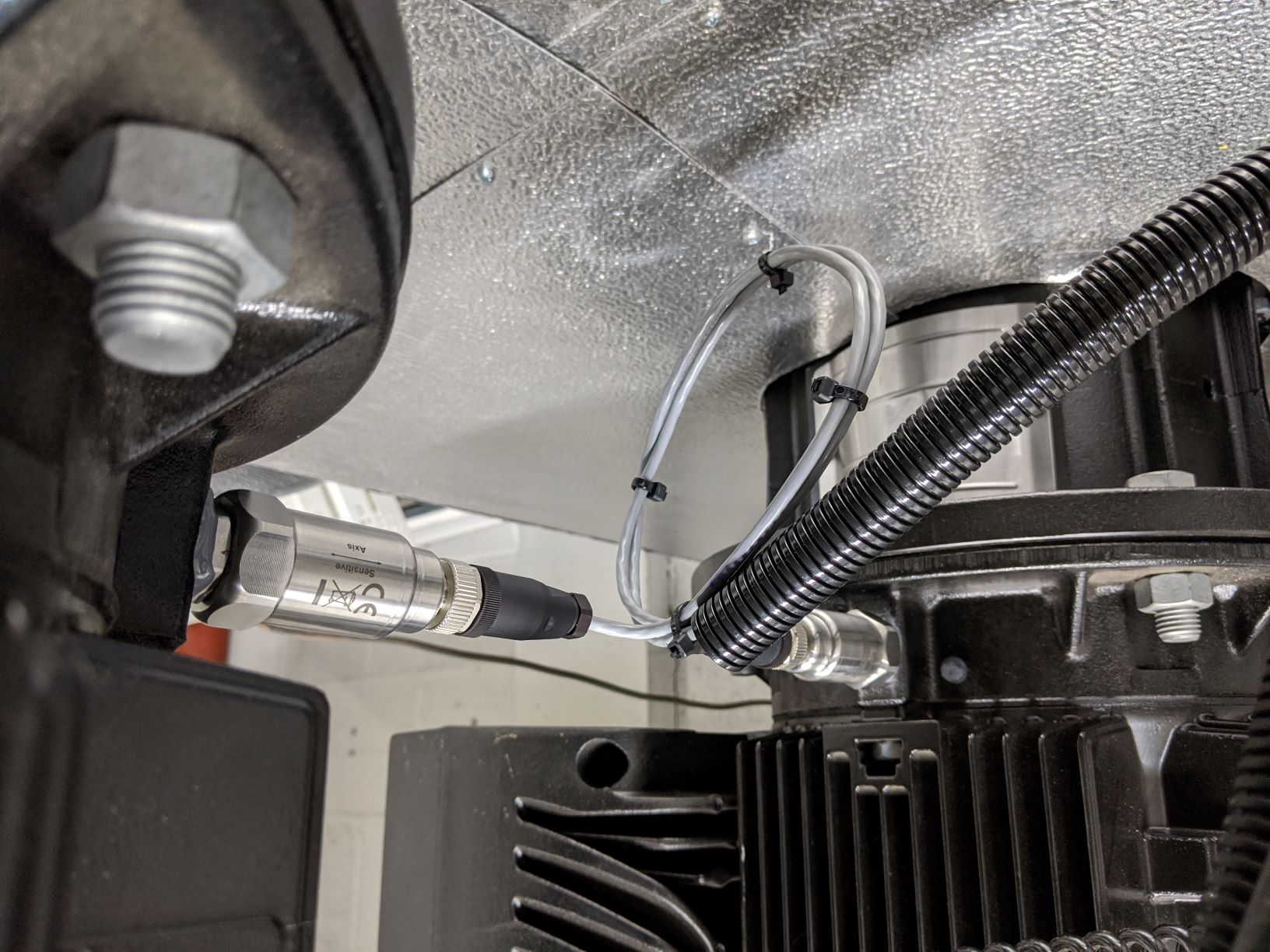 With its universal inputs, the sensor’s 0 to 10VDC temperature and 4 to 20 milliamp vibration outputs were easily input into the BAScontrol. The free Sedona drag-and-drop programming methodology of assembling components onto a wire sheet was then used to create the application. 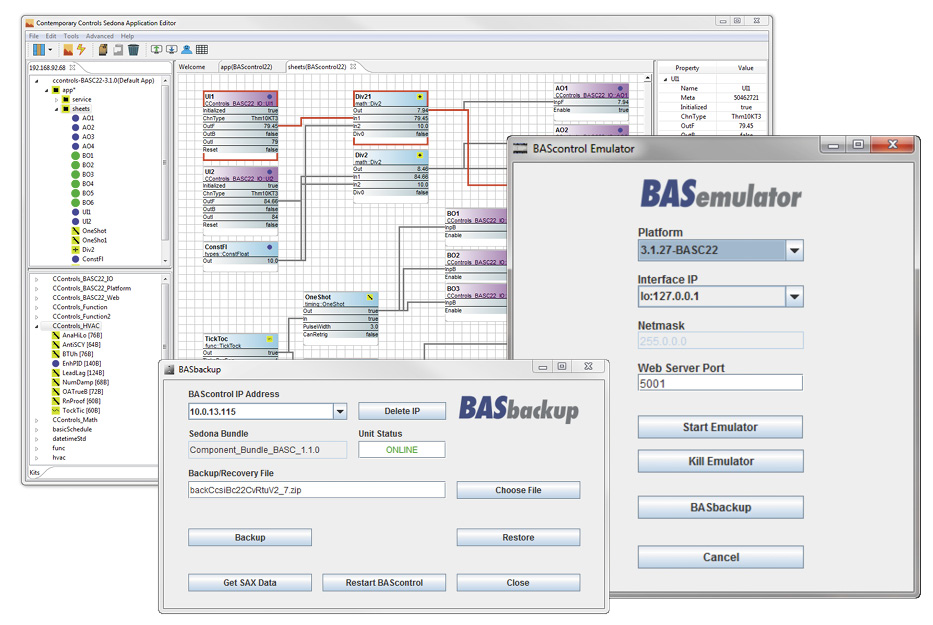 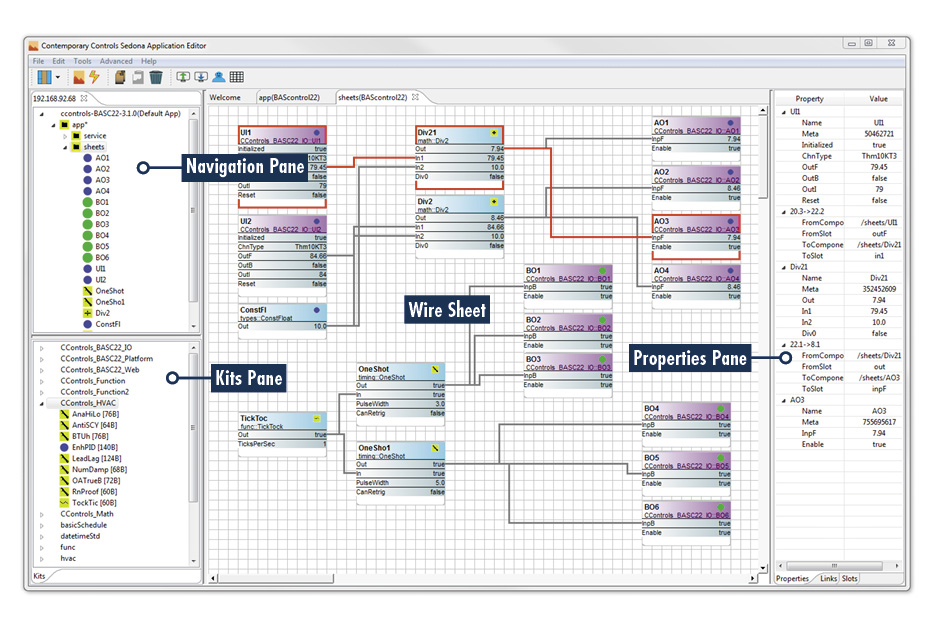 Utilizing the BAScontrol22’s BACnet/IP interface, the data was then available to the BMS. By operating at the BACnet/IP level, the BAScontrol22 can share the same Ethernet network with supervisory controllers and operator workstations. The unit can be configured for a fixed IP address or can operate as a DHCP client receiving its IP address from a DHCP server. A real-time clock with a supercap backup allows for creating local schedules. 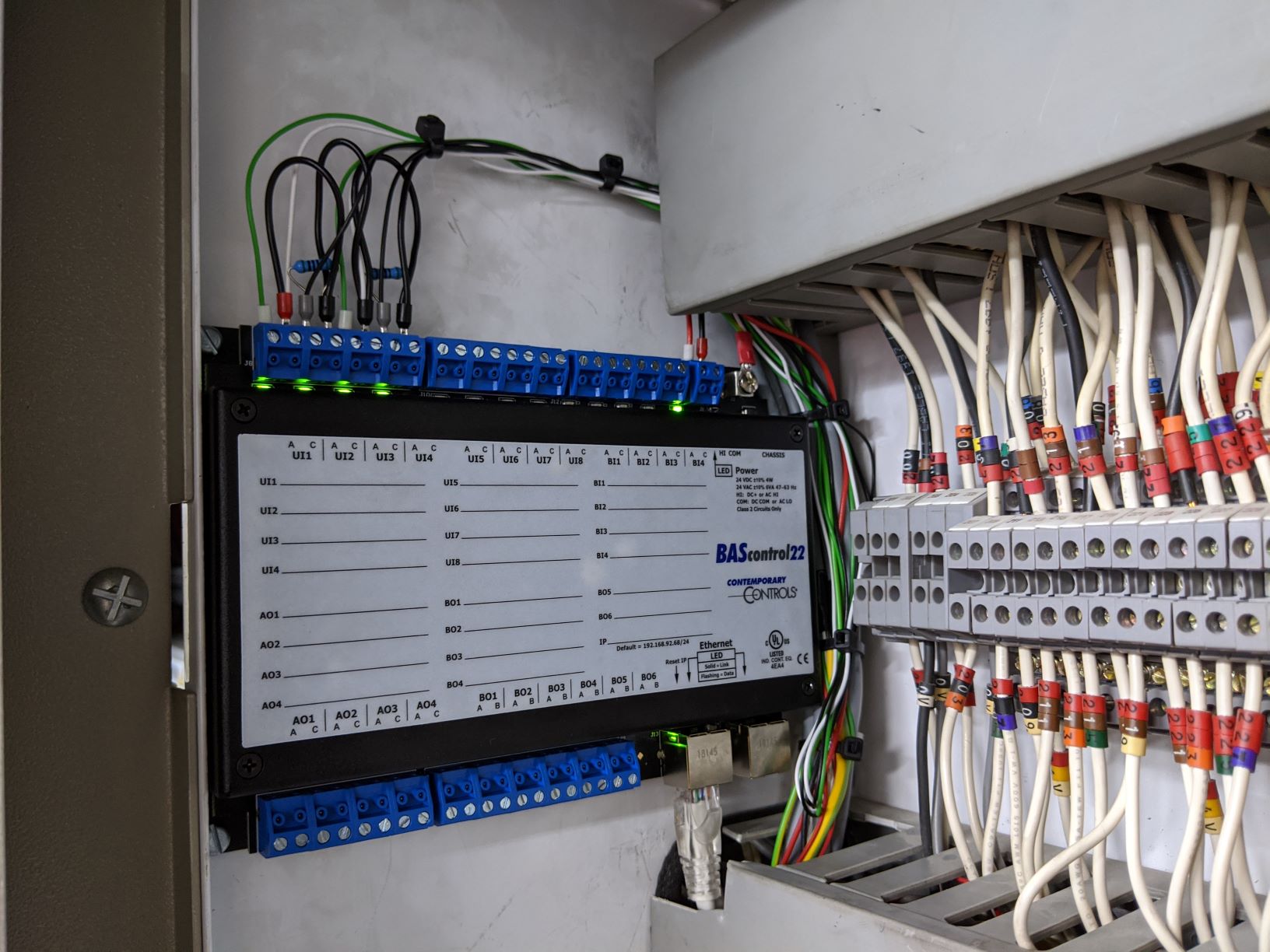 The customer then created graphics and alarms. Manufacturers data confirmed that the bearings should be serviced at 40°C., so an email alarm was set to alert the maintenance team if this value was reached. The vibration data was more about degradation of the data trends, so again an alarm was set slightly above the average value. A second alarm at a higher value was set for both the above to allow the operators to monitor a value that had gone over the first limit as well as a backup alarm for a critical failure.

Predictive maintenance techniques are designed to help determine the condition of in-service equipment in order to estimate when maintenance should be performed. This approach promises cost savings over routine or time-based preventive maintenance and avoids a “run to failure” approach by being more proactive.

Contemporary Controls has developed the BAScontrol Toolset, which is a set of tools to develop, store and restore application programs for the BAScontrol series of controllers. The BAScontrol series of controllers is built on Sedona - a license-free software environment where components deployed in kits are assembled onto a wire sheet to create applications. The toolset is stored in a Contemporary Controls folder on a Windows PC sharing a common data folder of Tridium 1.2 release kits along with Contemporary Controls' custom hardware-dependent and hardware-independent kits. Kits can be updated or added to the data folder at any time without impacting the toolset. The Toolset contains: Sedona Application Editor, BAScontrol Emulator on a PC, BAScontrol Project Utility.